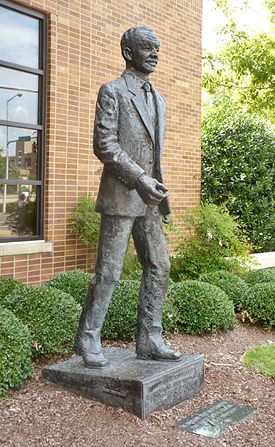 Shuttlesworth is depicted at life size in a striding pose. In accordance with his expressed wishes, he is depicted without a furrowed brow and with his hand open rather than clenched into a fist. The statue sits on a modest plinth with the following inscription:

A second granite marker gives the formal title of the work as "The Reverend Fred Shuttlesworth" and identifies the artist as a "native son of Birmingham."