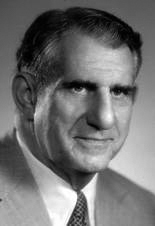 Frederick William Sington, Sr (born February 24, 1910 in Birmingham; died August 20, 1998 in Birmingham) was a three-sport athlete for the Alabama Crimson Tide who went on to play baseball in the Major Leagues. Later he ran the successful Fred Sington Sporting Goods business and became a civic leader in Birmingham.

Sington was the son of Max and Hollye (Spiro) Sington of Birmingham and he graduated from Phillips High School, where he earned sixteen varsity letters in four sports. He was an All-American offensive tackle for the 1929 and 1930 Alabama Crimson Tide football teams,. The latter team went on to beat Washington State in the 1931 Rose Bowl for a National Championship. While in California he met Johnny Mack Brown and singer Rudy Vallée, whose hit song "Football Freddie" was about Sington. In order to keep Sington from following Brown into Hollywood, Alabama president George Denny threatened to expunge his records if he didn't return to Tuscaloosa to finish his degree. Sington was elected student body president for his senior year.

Sington complied and completed his bachelor's degree in 1931. He then coached football for a year at Duke University. He married Nancy Napier on December 4, 1933. He played outfield for the Atlanta Crackers until debuting in the Major Leagues with the Washington Senators in 1934. He was traded to the Brooklyn Dodgers in 1938.

In 1942 Sington was commissioned a lieutenant junior grade in the U.S. Navy for service during World War II. He coached the Oklahoma Navy Zoomers to an undefeated season in 1944, and was discharged as a Lieutenant Commander in 1946. He then returned to home to open his first sporting goods store in downtown Birmingham and also served as a Southeastern Conference official for 25 years.

Sington's successful retail business soon opened locations in Homewood, Huntsville, Mountain Brook, Riverchase, Gadsden, Athens, and Scottsboro before it was acquired by Hibbett Sporting Goods. Sington leveraged his success as a businessman into an active civic life. He served on the Birmingham-Jefferson Civic Center's planning committee. He chaired the Downtown YMCA, served as president of the Birmingham Kiwanis Club and Birmingham Chamber of Commerce, and as captain of the Monday Morning Quarterback Club. For all his visible efforts, he was named Birmingham Man of the Year in 1960 earned the nickname "Mr Birmingham".

Sington served on the Downtown Action Committee. He was one of the investors in creating the World Football League's Birmingham Vulcans, and it was at his suggestion that Birmingham began hosting the Hall of Fame Classic bowl game in 1977.

Sington is buried in Elmwood Cemetery. The Sington Soaring Spirit Award given by the Lakeshore Foundation is named in his honor. The statue of "Winged Victory" outside the Financial Center building was commissioned by the National Multiple Sclerosis Society to honor Sington's "Legacy of Leadership" campaign.