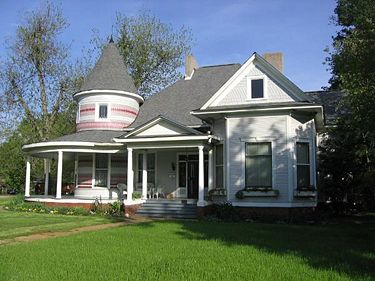 The G. H. Stevenson residence was a Queen Anne-style house located on Dartmouth Avenue in Bessemer. The house was notable for its two-story corner turret with wrap-around veranda. The hip-roofed house had two gabled wings and a third gable over the entrance. The exterior was clad in clipped shingles with a brick foundation.

The home was constructed in 1895 for E. E. Vining, and purchased in 1904 by Bessemer Water Works engineer G. H. Stevenson. Stevenson and his family were forced out during the Great Depression.

After moving back to Alabama from California in 2006, actor Glenn Shadix purchased the house from Don and Jane Errett, who had spent years restoring it. The home was destroyed by an unexplained fire on December 13, 2008. Shadix, who was away for the morning, lost all of his possessions in the fire. He initially planned to rebuild on the site, but instead moved to the Highland Plaza condominiums in Southside, where he lived until his death in 2010.