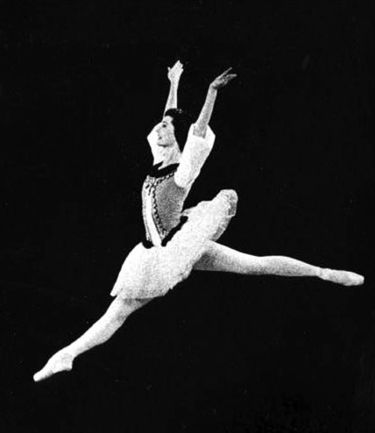 Gage Bush dancing with the Birmingham Civic Ballet in 1963

Gage Bush Englund (born 1931 in Birmingham; died January 12, 2009 in New York, New York) was a ballerina and a founding member of the Birmingham Civic Ballet.

Bush began dancing as therapy when she was diagnosed with polio as a child. She pursued the development of her talent in New York City with Natalie Branitzka, Robert Joffrey, Richard Thomas and Barbara Tallis and attended the School of American Ballet on a Ford Foundation scholarship. She continued her training in Paris and Copenhagen. In 1959 she married dancer and choreographer Richard Englund and began her professional career with the Joffrey Ballet, and then the American Ballet Theater.

In the early 1960s the Englunds came to Birmingham to found a civic ballet, which they nurtured into a leading regional company. She returned to New York in 1967 to help launch the Huntington Dance Ensemble on Long Island. In 1970 Richard founded the Dance Reportory Company (later American Ballet Theater II) and she toured as principal dancer. In 1972 she donated her doll collection to the Birmingham Public Library.

In 1985 Richard became director of the Joffrey II Dancers and Gage Englund was appointed ballet mistress. She later held the same position with ABT II and ABT Studio Company.

She helped create a partnership with the University of Alabama that brought an American Ballet Theater Summer Intensive institute to Tuscaloosa in 1997, the first such program held outside New York. In 2006 she donated a library of nearly 1,000 volumes on dance to the Amelia Gorgas Library at the University.

Englund died in January 2009 from cancer. She was preceded in death by her husband and was survived by two daughters, Alixandra and Rachel.