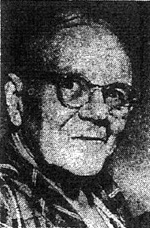 Bender came to Birmingham in 1914 and started his career at the Tutwiler as an elevator operator. After several promotions, he was placed in charge of catering services. His department presented a specially-baked cake to President Warren Harding during his 1921 visit to the city. He recalled Charles Lindbergh, who visited in 1927, as a "skimpy eater".

Bender left the Tutwiler in 1930 and took charge of the dining room at the Bangor Cave Club in Blount County. He later managed the Lotus Club in Homewood.

Bender was injured in a September 1959 automobile accident, which required several months' confinement to a wheelchair. After an illness, he died at his home at 7405 1st Avenue North in January 1961. He was survived by his son, Milton and was buried at Elmwood Cemetery.