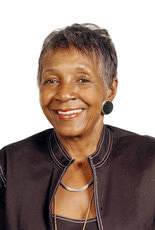 Sykes taught at North Roebuck Elementary School. As President of the Birmingham Education Association she led an illegal teachers' strike in 1999 to protest a pay raise given to then-superintendent Johnny E. Brown. She later was promoted to administrator of the system's Family Involvement Program, working from the Birmingham Board of Education building downtown.

In 2002 the position of parent counselor was eliminated and Sykes was transferred to the position of assistant principal at Green Acres Middle School by Superintendent Wayman Shivers. She protested the assignment and failed to report to the school for duty. In 2004 she was fired by the Board of Education months shy of her eligibility for retirement benefits. The Alabama Tenure Commission and Alabama Supreme Court upheld her termination.

In 2003 alleged criminal activity by Sykes' daughter and grandsons, tenants in a house owned by Sykes in Crestwood North provoked numerous complaints from neighbors. Birmingham Police shied from participating in the dispute, which was eventually aired in Council chambers.

Sykes was soundly defeated by Maxine Herring Parker in her re-election bid in the 2005 Birmingham City Council election, finishing fourth with only 11% of the vote. She returned to politics with an unsuccessful bid for a seat on the Birmingham Board of Education in 2009 and ran again for the District 4 seat on the board in the 2013 Birmingham municipal election. As a candidate she called for closer scrutiny of administrative performance and of the process that led to state takeover of the school system.