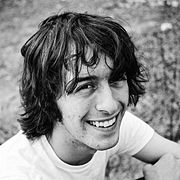 Hamilton Cleverdon (born August 5, 1989 in Tuscaloosa) is a violist and composer, with credits in several films and video games.

Cleverdon grew up with music in his Washington D. C. home. When the family moved back to Birmingham he applied to the Alabama School of Fine Arts and was accepted into the music program. He began expanding the compositional skills he had first picked up producing hip-hop influenced tracks for video games. Under Robert Janssen's tutelage he analyzed the structure of several classical forms and incorporated those lessons into music he posted at the web site garageband.com.

It was there that his piece, "The Fall", was discovered by Genoa, Italy-based playwright Flavio Parenti, who secured permission to use the piece in a comedy he was writing about pirates. The play, entitled Rum, later evolved into a more serious work as Cleverdon continued to add dramatic music to the score. He attended the premiere at Genoa's Teatro Stabile, his expenses paid as an honorarium for the gift of his music. He has since provided original music to the 2008 Icelandic film "The Higher Force", and the 2009 award-winning Australian short "Ronan's Escape".

Beginning in the fall of 2007, Cleverdon studied composition at Birmingham-Southern College under Charles Norman Mason on a full scholarship. In 2009 he enlisted in the United States Coast Guard.