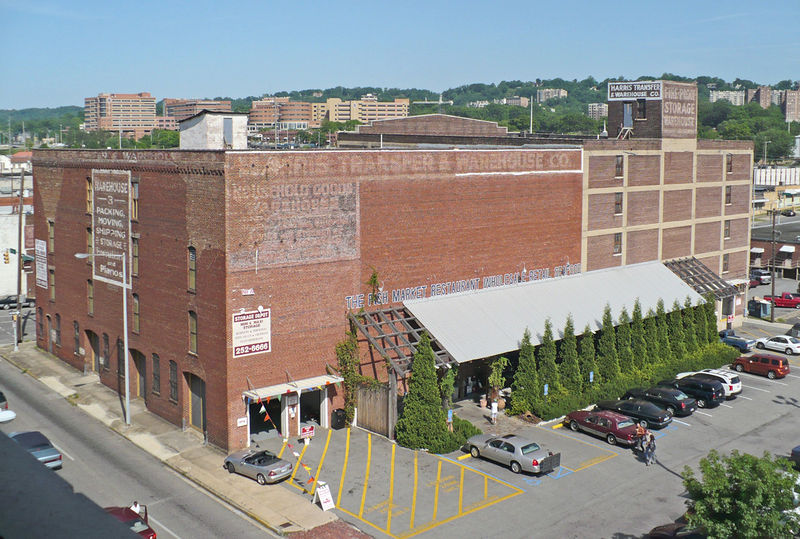 The Harris Transfer and Warehouse Company was a moving and warehousing company founded in 1880 by George C. Harris with one horse and one wagon. By 1888 he was operating a flourishing business from offices at 5 20th Street North.

The business continued to grow and Harris began operating motorized moving vans in 1912. In 1918 the firm, with offices in the Chamber of Commerce Building, advertised its services as forwarding agents, machinery handlers, goods packers and theatrical halters. By 1937 the company operated a fleet of sixty trucks as well as three warehouses.

The first Harris Transfer warehouse was a four-story brick building constructed over the site of the firm's old horse stables on the corner of 6th Avenue South and 22nd Street in 1916. In 1923 a five-story building was added next door. The company's third warehouse, constructed in the 1930s, was located near the Railroad Reservation. Early in that decade, the company was one of the first partners in the long-distance Allied Van Lines system.

Harris Transfer and Warehouse Company filed for bankruptcy liquidation in the 1990s. The warehouses were converted for self-storage, while the ground floor was remodeled as the downtown flagship of George Sarris' Fish Market Restaurant.