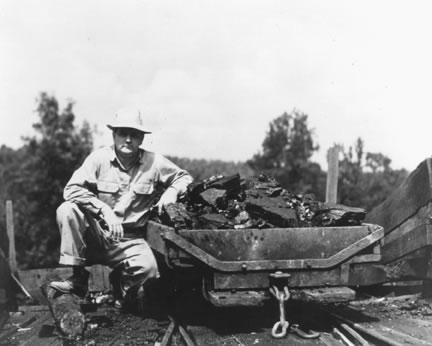 Drummond was one of five children born to Isaac F. Drummond. His mother, Ida, died when he was four years old.

Drummond worked as a coal miner for the DeBardeleben Coal Company. In 1935, he took a $300 loan from a bank in rural Alabama and founded a coal-mining operation on land in Drummond Hollow near Jasper that he inherited from his grandfather and mother. He used mules to drag the coal out of mines and sold it at first to neighboring farms and homesteads.

He expanded the operation until the mine was producing 50 tons a day, and then looked to expand. He purchased land near the Burton Bend of the Sipsey River and opened his first strip mine there.

Drummond died in 1956 and left the company to his five sons. He was buried at the Pisgah Baptist Church cemetery in Sipsey.