From Bhamwiki
(Redirected from Hotel Highland)
Jump to: navigation, search 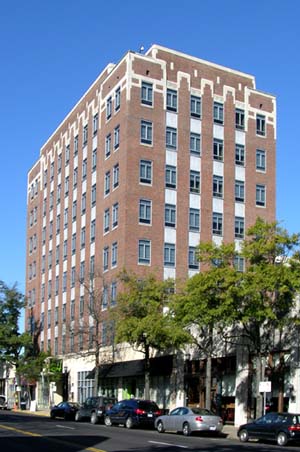 From the southwest in January 2009.

In November 2006 Atlanta developers Long & Cox Properties Inc. announced plans to purchase the hotel and embark on a estimated $7 million overhaul which would transform the property into a high-end boutique hotel and martini bar. They selected Denver, Colorado-based Richfield Hospitality Services to operate the hotel. Local designer Peggy Dye & Associates was announced as an equity partner and coordinated the interior design of the the hotel.

The Pickwick Hotel was closed in January 2007. It quietly reopened in early July 2008 as The Hotel Highland. The property was sold to SJP Investment Partners LLC of Atlanta, Georgia for $3.6 million in October 2016 and was converted into a Hotel Indigo. Marshall Hotels & Resorts of Salisbury, Maryland began operating the rebranded hotel in 2018.