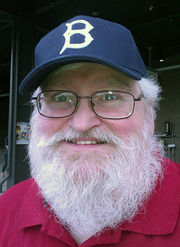 Crockett, the son of Jerry and Peggy Ann Wade Crockett of Birmingham, graduated from Woodlawn High School. He joined the Orthodox church in 1985 at St Symeon the New Theologian in Lakeview and served as a reader before leaving for seminary at Saint Tikhon's in South Canaan, Pennsylvania. He graduated in 1991 and was ordained at St Symeon that June by Archbishop Dmitri Royster. As a priest, Crockett ministered to parishes in Charlotte, North Carolina; Titusville, Florida; and Calgary, Alberta. He retired from active ministry for health reasons, but continued to serve at his home church in Birmingham.

Crockett died in January 2017. He was survived by his daughter, Xenia and grandson, Jayden. He is buried at Forest Crest Cemetery.