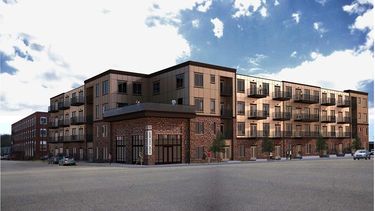 Iron City Lofts is a $7.8 million, 4-story apartment building under construction at 28th Street and 4th Avenue South near Pepper Place in Lakeview. Engel Realty Co. is leasing and managing the 1 and 2 bedroom units, priced between $1,200 and $1,600 per month.

The project was announced by KRE Development Holdings in April 2014 as a $10 million development with 103 units on 6 floors. The scope was later reduced to 67 units, with limited parking driving the change. The first units in the development were opened in February 2016.