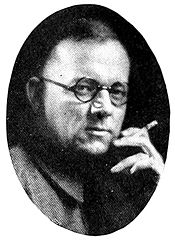 Bethea was the son of Augustus and Eugenia Bethea. He starting reporting for the Birmingham Age-Herald in 1909 while he was a junior at Central High School.

He married Alice Sixbey on August 7, 1912, and they had one daughter. Bethea was promoted to city editor for the Birmingham Ledger in 1916 and to managing editor of The Birmingham Post when it was launched in 1921, focusing on local politics, crime and corruption. He earned a reputation for balanced and thorough accounts, though one detailed story of a homicide investigation earned him a 24-hour sentence for contempt of court.

In his spare time Bethea wrote short stories and novels for publication, citing Octavus Roy Cohen as his inspiration. His first novel, Half-Gods was published in serial form by Collier's before being published in a single volume by Houghton, Mifflin & Co. in 1923.

Bethea's melodramatic fiction was typically set in and around the coal mines and factories of the Birmingham District. His novels Bed Rock and Honor Bound were adapted for the cinema. "Coming Through", the motion picture based on Bed Rock was filmed in Brookside and the Oxmoor Valley in 1924 by the Famous Players-Lasky Corporation.

In 1928, aggrieved by an ongoing health problem, Bethea underwent a surgical procedure and attempted a recuperation at a retreat outside the city. He returned to work, but continued to suffer. One day in July he left work early and checked himself into the Tutwiler Hotel. An hour later, the cleaning staff discovered that he had hanged himself with his belt.

He was survived by his wife, Alice, and by a daughter.