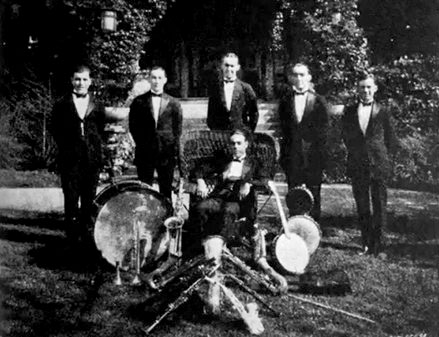 Jack Linx & His Society Serenaders, also known as the 81 Ramblers or West Lake Ramblers, and later as the Jeffersonians, was a dance band led by Jack Linx which performed through the 1920s at West Lake Park and the Thomas Jefferson Hotel and recorded for the Okeh Record Co. in Atlanta, Georgia and for Gennett at Starr Piano Co. in Birmingham.

Clarinestist/saxophonist Linx was billed as "The Paul Whiteman of the South". Musicians credited with the band in 1924 included Coleman Sachs on cornet, Sidney Patterson on clarinet and alto sax, Seibert Traxler on clarinet, tenor sax, and baritone sax, Eph Tunkle on piano, Maurice Sigler on banjo and vocals, Frank Manning on tuba, and Carroll Gardner on drums. Other members credited on recordings include Samuel Becker on trombone and Gilbert Davis on piano.