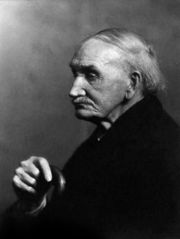 Hall was the son of Sylvester and Alazannah Blair Hall of Tennessee. He was raised on the family's farm and educated at local schools. In 1869 he enrolled at Hiwassee College, near Madisonville, Tennessee, then transferred in 1872 to the Loudon High School operated by the Cumberland Presbyterian Church. He went on to enter the Cumberland Presbyterian University at Lebanon, Tennessee in 1876 and earned his bachelor's degree in June 1878.

Hall began teaching at the Helena Collegiate Institute in Helena and was ordained a minister by the Elyton Presbytery. In 1880 he taught at the Highland Academy in Shelby County, then in 1881 at Springville School in St Clair County. That year, Hall traveled to Austin, Texas as a delegate to the General Assembly of the Cumberland Presbyterian Church.

On July 23, 1882 Hall married the former Emma Cilicia Gardner of Montevallo. He remained in Springville for another two years and served the Springville Presbytery. He relocated to Winchester, Tennessee in 1884 and 1885, but returned to Alabama in 1886 to teach in Calera. After another foray to the Hiwassee area he returned again, teaching in Gadsden before settling in the town of Highland south of Birmingham and serving as pastor of New Hope Cumberland Presbyterian Church.

Hall died in Birmingham in 1936 and is buried at Elmwood Cemetery. He was survived by his daughter, Mignon. Homewood's Hall-Kent Elementary School is named, in part, in his honor.