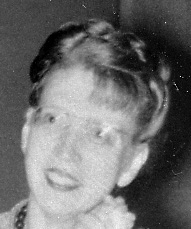 Speed was the daughter of Mary Martin "Dolly" Craik Speed, a descendant of George Washington's personal physician. Her father, James Buckner Speed, was from an important family in Louisville, Kentucky and an executive with the Southern Pacific Railroad. After his death, Dolly took the teenage Jane and her brother Craik to Vienna, Austria for schooling. There the three of them were swept up in the anti-fascist activities of the Austrian communists. As conditions in Europe worsened, Dolly brought the family to live with her sister, Jean (Mrs Nash) Read, in Montgomery.

While living there, Dolly and Jane became involved in supporting the rights of sharecroppers in Tallapoosa County to organize as a union. Violence broke out, and Mrs Read found herself unwilling to continue sheltering the radical pair. They moved to Birmingham where Jane opened Jane Speed's Book Store, selling communist, anti-fascist and anti-racist literature and periodicals. Jane's application to hold an integrated May Day meeting in 1933 was denied by the Birmingham City Commission. She brought a large group to Kelly Ingram Park anyway and, when the police started to break it up, some violence broke out. Speed was arrested and charged with disorderly conduct, speaking without a permit, and violating the city's segregation ordinances.

Subsequently Jane and her mother spent more time traveling, attending rallies in Harlem, New York and in Puerto Rico, where Jane met novelist and Communist Party leader César Andreu Iglesias, whom she soon married. She notoriously threw an inkpot at an Italian diplomat in 1935. She and Iglesias were arrested in November 1954 under the anti-Communist Smith Act.

The couple settled in Puerto Rico. Speed died from a stroke in 1958 and Iglesias died in 1970.