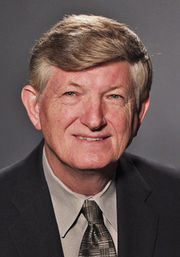 McIntosh joined the Birmingham department as a civilian dispatcher in 1973 and became a sworn officer in 1976. He started out on an overnight patrol in the East Precinct and advanced through the ranks as a field training officer, a patrol sergeant and lieutenant, commander of the juvenile division, captain of the vice and narcotics division, and deputy chief over the department's administration bureau.

He joined the Irondale department as chief in November 2003 and served for more than 11 years before retiring on April 1, 2015.

McIntosh and his wife, Peggy, have two children, Rhonda and Jason.