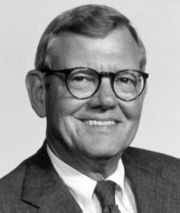 Wall was active in trade organizations such as the Steel Service Center Institute and the National Association of Aluminum Distributors. During his tenure, O'Neal greatly increased its midwestern territory and processing capabilities.

Wall retired in 1991. He died in 2013 and was survived by his wife Sally, two children and five grandchildren.