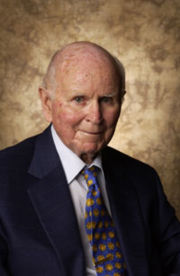 Lee attended Birmingham-Southern College and Auburn University, and served in the Air Force during World War II, rising from the rank of private to lieutenant in three years while in troop carrier command in England. He returned to Buffalo Rock after his military service.

Lee took the helm of the company upon his father's death in May 1951 and built it into a major force in the bottling industry. Lee's grandfather Sid founded Buffalo Rock in 1901 and had built the company around the ginger ale he had helped to develop. Under Jimmy Lee Jr's watch, Buffalo Rock expanded away from its signature beverage, becoming the regional distributor of Pepsi, Dr Pepper and Seven-Up. In the 1960s, he built the company's bottling plant on Oxmoor Road, at the time the nation's most modern.

Lee retired in 2004, handing the company over to his son, Jimmy Lee III. At that time, Buffalo Rock had expanded to become a company with annual sales topping $500 million, plants in three states and 2,500 workers, including 800 in his hometown.

Lee served in leadership roles for the Metropolitan Development Board, the Birmingham Regional Chamber of Commerce, the Birmingham-Southern College Board of Trustees and the University of Alabama Health Services Foundation.