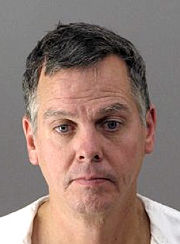 Snow graduated from Berry High School in 1977 and completed a bachelor's degree in English at UAB in 2003. He worked as a chef, caterer and catering manager for 20 years before taking over his mother's health food business in 2000.

Currently a resident of Avondale, Snow qualified as a candidate in the 2009 Birmingham mayoral election to fill the vacancy left by the criminal conviction of Larry Langford. As a candidate, Snow has characterized himself as a "reluctant warrior", charged with reducing crime and negative perceptions of Birmingham.

On November 21, 2009, Snow was arrested at Joe's on Seventh and charged with disorderly conduct and resisting arrest. According to the police report he became belligerent after being asked to pay the bar's cover charge. He was later implicated in an alleged assault at the Hot and Hot Fish Club. Snow believed the police actions were part of an attempt to undermine his candidacy for mayor. In the December 9 election, Snow finished 13th of 14 candidates, garnering 23 of the 34,931 votes cast.