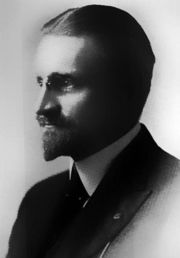 Joens Elias Fries (born April 6, 1876 in Sweden) was a chief engineer for the Tennessee Coal, Iron & Railroad Company and a noted amateur mycologist (studier of fungi).

Fries was the son of Andreas Peter and Maria Charlotta Castenson Fries of Sweden, and was a related to the noted mycologists Elias Magnus Fries (1794-1878) and Theodor Magnus Fries (1832-1913). He earned a degree in electrical and mechanical engineering in 1898 from the Swedish Royal Polytechnic Institute in Stockholm and worked in his home country until emigrating to the United States in 1903.

Fries worked with Westinghouse, Church, Kerr & Company as a draftsman for two years, then as an electrician on the Long Island Railroad for two more. He worked as an engineer for Attis-Chalmers, Canadian General Electric, and the Crocker-Wheeler Company until joining TCI in February 1920.

In addition to his professional pursuits, Fries was an avid amateur scientist. He closely followed the development of Alfred Einstein's theory of relativity and lectured on the subject. He was also an authority on fungi and translated several works from Swedish into English. He and his wife, the former Anna Bierkander, were also avid art collectors and tennis players.