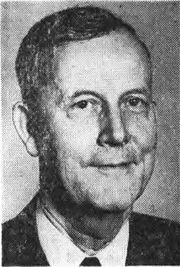 Bryan was the son of famed Presbyterian minister James Bryan and his wife, Lenora. He graduated from Hampton-Sidney College in Virginia and completed post-graduate work at Columbia University in New York and at the University of Chicago. He worked as a teacher in the Birmingham City Schools and Bessemer City Schools systems for 17 years and also taught at Howard College.

Bryan resigned from AIDB in 1955 to accept his appointment from the American Foundation for Overseas Blind to advise the government of South Korea on public education for the vision impaired. He also served as executive vice president of the Birmingham Chamber of Commerce and was named "Birmingham Man of the Year" in 1962.

Bryan was the top vote-getter in the 1963 Birmingham municipal election, which seated the first nine members of the Birmingham City Council after the city's form of government was changed. He was re-elected in 1967 and did not run again in 1971.

Bryan Elementary School in Morris and the 1976 Seibels/Bryan Airport Terminal Building at Birmingham-Shuttlesworth International Airport are named in his honor.

Bryan and his wife, the former Gladys Frances Kerr, had three children. Bryan died in 1981 and is buried at Elmwood Cemetery.