This article is about the entrepreneur. For others with the same name, see John Cassimus (disambiguation) 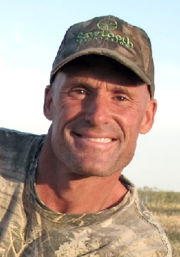 Cassimus is the son of Marcus and Zoe Cassimus. He graduated from Mountain Brook High School, where he lettered in baseball and football and earned a football scholarship to the University of Alabama. Recruited as a running back, Cassimus saw limited action as a punt returner and strong safety. He suffered a knee injury in the 1988 Hall of Fame Bowl in Tampa. Cassimus' knee operation was performed by James Andrews, whose son Archie would become Cassimus' business partner at Zoe's Kitchen. He was part of the team that won the 1989 SEC championship and played in the Sugar Bowl.

Cassimus graduated from Alabama in 1990 with a degree in corporate finance and went to work for Pittman Financial Partners. In 1993 he launched J-Rag Inc, a sportswear company which featured a signature bandanna-style hat. He sold the successful company in 1996 and moved to Atlanta to work for Hilb, Rogal and Hamilton, an insurance broker.

While at HRH he worked on the acquisition of Compensation Management Associates, helping them increase revenues eight-fold in a year and a half.

In 1998 Cassimus left HRH and moved back to Birmingham. He started the Big Air Records record label with one artist in the stable, Greta Gaines. In 1999 he approached his parents about expanding their restaurant business, which his mother founded downtown in 1995. He purchased the rights to develop Zoe's into a chain and officially opened the second location on Highway 150 in Riverchase.

In 2006, Cassimus partnered with Charleston Wilson to open Jinsei, a Japanese restaurant located, along with a Zoe's Kitchen, in Homewood's SoHo Square. In October 2007 he sold a majority stake in Zoe's to Brentwood Associates, a Los Angeles, California-based investment firm. A day later he purchased a 1,200-acre plantation in Southeast Alabama. He used some of the proceeds from the sale to found the Cassimus Foundation.

Cassimus is also a sailor and became a licensed pilot in 2003. In May 2008, some news outlets reported that he was dating Grammy Award-winning singer-songwriter Sheryl Crow. Crow refused to answer questions on the subject posed by News reporter Mary Colurso in advance of her May 23 concert at the Verizon Wireless Music Center.

In October 2008 Cassimus launched Maki Fresh, a fast-service sushi restaurant at Cahaba Village. In November he resigned as CEO of Zoe's Kitchen in order to pursue other interests, including the expansion of his two sushi chains and development of entrepreneurial studies at universities. He was succeeded by Greg Dollarhyde.

In January 2009, Samford University's business dean Beck Taylor announced Cassimus as Samford's entrepreneur-in-residence. In 2018 Cassimus sold his restaurant holdings to his business partners and bought a franchise for Mike's Merchandise from company founder Mike Jones. Cassimus was dating Jones' daughter at the time. In 2019 Cassimus opened Crazy Cazboy's at 136 Wildwood Parkway in Homewood Commons. Crazy Cazboy's quickly expanded to other areas including the original Mike's Merchandise in Guntersville, as well as Pensacola, Florida and Conway, South Carolina. A second Birmingham-area location was opened in Hoover in 2020.