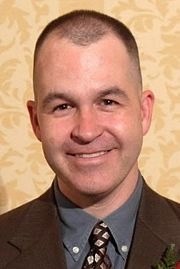 Croushorn earned a bachelor of science in electrical engineering and an undergraduate certification in emergency medicine at Auburn University in 1994 and completed medical school at the University of South Alabama in 2000 with an internship at the University of Alabama I Med Program in Montgomery. He began his residence at the University of Mississippi Medical Center. After the September 11 terror attacks, he volunteered with the Mississippi National Guard and served as a command surgeon for Task Force 185, Army Combat Aviation in Iraq in 2004. In addition to his medical service, he crewed Blackhawk and Chinook helicopters in combat operations. In 2005 he continued to serve as a military doctor with the 185th Aviation Group assisting in recovery efforts from Hurricane Katrina in Mississippi.

Croushorn moved to Birmingham in 2006 as chair of the emergency department at Trinity Medical Center. He is credited with improving response times and greatly increasing patient satisfaction. He served as president of the Alabama chapter of the American College of Emergency Physicians. In February 2007 Croushorn was named an "Alabama Health Care Hero" by the Alabama Hospital Association and was named to the Birmingham Business Journal "Top 40 under 40" in 2008.

Croushorn has also consulted with the Department of Defense, the FBI, the Department of Homeland Security and other agencies on tactical medical issues and in the development of improved field medical equipment. He and Medical College of Georgia physician Richard Schwartz developed an "Abdominal Aortic Tourniquet" (AAT) which is designed to stop rapid blood loss from wounds to the lower abdomen or groin below soldiers' body armor. The AAT was approved by the FDA in October 2011. Croushorn's Compression Works LLC manufactures the devices for distribution to military medics.

Croushorn and his wife, Julie, have two children: Caleb and Katie.