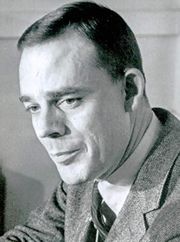 Grenier, the son of banker Charles Grenier Jr and the former Beatrice Schaumburg, grew up in New Orleans and graduated from Jesuit High School there. He earned his undergraduate and law degrees at Tulane University, graduating in 1953. After college he joined the U.S. Marine Corps and served as a pilot in the Checkerboard Squadron (VMF 312) during the Korean War. He was discharged as a Captain and then went to New York University to complete law school.

Grenier completed his studies at New York University where he completed an LL.M. in taxation. He married the former Lynne Youmans and practiced law in New York for a while before moving to Birmingham for a job with Southern Natural Gas Company. The couple had one son, John Beaulieu ("Beau") Grenier, who was born in 1956. Grenier later joined the firm of Bradley Arant Rose & White.

From there Grenier was named deputy chair of the Republican National Committee and the Southern regional campaign director for Republican presidential candidate Barry Goldwater. He was a key figure in the development of the GOP's so-called "Southern Strategy" by which the party cultivated support from white Southerners who objected to the Democratic National Committee's growing civil rights platform and generally opposed federal programs as injurious to their conception of "states' rights".

As part of that 1964 general election, Grenier recruited Republican candidates who captured five of Alabama's eight congressional seats over Democratic incumbents. He was subsequently named executive director of the Republican National Committee, but resigned in December to support the position of party chair Dean Burch.

Grenier ran for U.S. Senate in 1966, losing to incumbent John Sparkman. Grenier, who had become a partner at Bradley Arant, left for Lange, Simpson, Robinson & Somerville in the late 1960s. He remained there for 35 years before retiring in 2004. He and Lynne divorced in 1983.

In the 1986 election, Grenier advised Republican gubernatorial candidate Guy Hunt to "lie low" while Democratic candidates Bill Baxley and Charlie Graddick criticized each other. Hunt won the office and installed Grenier as an aide.

Grenier married the former Stella Kontos in 1991. Grenier died of complications from lung cancer at the MD Anderson Cancer Center in Houston, Texas in November 2007, and was interred at Elmwood Cemetery. He was survived by his second wife, Stella, his son, Beau, and four grandchildren.