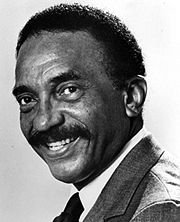 Nixon's father, Willie, worked in a phosphate mine. Nixon attended college for a while before entering the service for World War II. Afterward he continued his studies at Bethune-Cookman College in Daytona Beach, Florida and Fisk University in Nashville, Tennessee. He earned his D.D.S. in 1951 at Meharry Medical College in Nashville.

Upon graduation, Nixon had offers to join a practice in Boston, Massachusetts where he could pursue post-graduate work at Tufts University, and an offer to join the practice of Andrew Belcher in Ensley. While visiting Birmingham, Belcher passed away and Nixon stayed to see to his patients, taking over the practice, which was located in what is now called the Belcher-Nixon Building at Tuxedo Junction.

Nixon was active throughout the local Movement for Civil Rights for African American citizens. He served as president of the local chapter of the National Association for the Advancement of Colored People (NAACP) and held executive positions in the state and Southern regional branches. The NAACP was expelled from Alabama by the efforts of Governor John Patterson in 1956. Rather than join with firebrand Fred Shuttlesworth's Alabama Christian Movement for Human Rights, Nixon associated himself with a more moderate group of black businessmen who sought a less-confrontational solution to the growing crisis. He and other moderates were instrumental in implementing the details of desegregation following the ACMHR's victory in the Birmingham Campaign of 1963.

Nixon was one of the founding members of Operation New Birmingham. After the NAACP was re-admitted to Alabama, Nixon resumed his leadership role. He was elected president of the state-wide organization in 1965. He worked closely with the Equal Employment Opportunity Commission on job discrimination cases in the state, including several involving U. S. Steel. He devoted an office in the Belcher-Nixon Building as the NAACP's Alabama headquarters.

As a businessman, Nixon helped A. G. Gaston organize the Citizens Federal Savings and Loan Association and worked with Gaston and attorney Arthur Shores to establish United Service Associates Inc., a facilities maintenance company based out of the Belcher-Nixon Building.

Nixon served as an associate minister at 6th Avenue Baptist Church. Also an accomplished actor, Nixon appeared in several Hollywood productions and was a regular cast member for UAB's Town and Gown Theater. He and fellow actor Thom Gossom, Jr co-founded the "Speak of Me As I Am" oral history program for Birmingham City Schools, and he was frequently called on to narrate programs and read poetry.

He maintained his office there until retiring in 1988. He died before the year was out. He was survived by his wife, Margaret. His papers are archived at the Levi Watkins Learning Center at Alabama State University. Nixon was a supporter of the Birmingham Museum of Art and his friends raised money to purchase a piece by a contemporary African-American artist for the museum's collection in his memory.