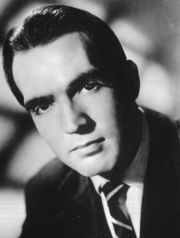 Smith was born in Birmingham and learned to play 5-string banjo from his father, a foundry worker. During the Great Depression, the family moved from Birmingham through several cities, ending up in Portland, Maine. Smith taught himself to play guitar in pawnshops. The owners let him play in exchange for keeping the guitars in tune. At thirteen he was teaching others to play the guitar. One of Smith's students bought a new guitar and gave Smith his old guitar, the first he ever owned.

Smith joined "Uncle Lem and the Mountain Boys", a local hillbilly band that traveled around Maine, performing at dances, fairs and similar venues. Smith dropped out of high school to tour with that group and with the Fenton Brothers, earning four dollars a night. Smith also became interested in aviation and was taught how to fly by a group of pilots whom he befriended in Boston, Massachusetts. Influenced by Django Reinhardt and Charlie Christian, whom he heard on the radio there, Smith formed his own trio, the "Airport Boys", when he was eighteen.

Smith enlisted in the Army Air Corps for World War II and was stationed to Macon, Georgia, but poor vision in one eye kept him from training as a military pilot. He was offered the choice of learning cornet to play in a military band or reporting to mechanic's school in Biloxi. He spent two weeks practicing the cornet and passed the examination to be in the band.

After the war, Smith settled in New York City and made a name for himself as an extremely versatile musician, able to sit in with jazz bands as well as sight read complex orchestral scores. He was the guitarist for Arturo Toscanini's NBC Orchestra for seven years before leaving to form his own quintet that played regularly at Birdland. Smith's playing was characterized by closed-position chord voicings and rapidly ascending lines. He recorded a series of landmark albums for Roost Records during the next decade, the most well-known of which, "Moonlight in Vermont" (1952) featured Stan Getz on saxophone, and was named one of the top two jazz records for the year.

Beginning in the 1950s, three separate guitar makers issued licensed "Johnny Smith" signature guitars. Smith, who had learned about guitar construction from master luthier John D'Angelico in New York, contributed design sketches for the Guild model, produced in 1955. He provided more detailed designs for a Gibson-produced model which debuted in 1961. When Gibson relocated its manufacturing facility to Nashville, Tennessee in 1989, Heritage Guitars purchased the older Kalamazoo, Michigan factory and continued making their own "Heritage Johnny Smith" model. Gibson renamed their version as the "Gibson LeGrand". In 1995 Smith accepted Guild's invitation to return his endorsement to a new Bob Benedetto-built design, which was produced until 2006.

His signature composition, "Walk Don't Run", was written for a 1954 recording session as a counter-melody to the chord changes of "Softly, As in a Morning Sunrise". Another guitarist, Chet Atkins, covered the song. Surf band The Ventures heard the Atkins version, simplified it, sped it up, and recorded it in 1960. That version went to #2 on the Billboard Top 100 for the week of September 1960. By that time, Smith had effectively retired from recording.

He and his 4-year-old daughter moved to Colorado in 1958, after the death of his second wife, Ann, during childbirth. He remarried, ran a music store and worked as a flight instructor.

Smith was inducted into the Alabama Jazz Hall of Fame in 1984. In 1998 the Smithsonian Institute awarded him the James Smithson Bicentennial Medal for his contributions to American culture.