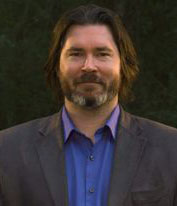 Baker moved to Birmingham in 2002 to attend UAB, and graduated with a bachelor of arts in philosophy in 2011. He has worked as a computer and network technician for UAB's Hill Student Center, Birmingham-Southern College (for Texas-based Apogee Telecom), and Good People Brewing Company. He and his wife, Kathleen, were married in December 2020.

In 2009 he served as secretary of the Free the Hops campaign to loosen legal restrictions on beer brewing and sales. He founded the "I Believe in Birmingham" (IBIB) Facebook group in 2010, which was influential in amplifying support for preserving Birmingham Fire Station No. 22 in Lakeview.

Baker was appointed to the steering committee for the Birmingham Comprehensive Plan by Mayor William Bell in 2011. In 2012 he and IBIB spearheaded efforts to replace the deteriorating concrete eagles on each side of the Rainbow Viaduct with new iron ones cast by Lee McKee. The dedication of the restored monument was attended by Governor Robert Bentley. The group also lobbied against rezoning to allow the Chick Fil-A at Five Points South to operate a drive-thru window.

Baker has served on the board of directors for Redemptive Cycles and as a community representative on the One Great Community council which administers the Community Health Innovation Awards (CHIA) grant program on behalf of the UAB Center for Clinical and Translational Science. He also participated in the Rethink 20/59 group which attempted to get the Alabama Department of Transportation to pursue alternatives to replacing the downtown interstate viaducts in place.

Baker ran unsuccessfully as an independent against Democratic Party nominee Neil Rafferty to represent Alabama House District 54 in the 2018 general election. In the 2021 Birmingham municipal election he challenged incumbent Valerie Abbott for the District 3 seat.