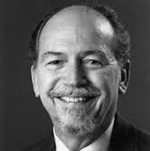 Navia was the son of Juan and Hortensia Navia of Havana. He graduated from the bilingual Ruston Academy preparatory school in Cuba and then went to Cambridge, Massachusetts to earn a bachelor of science in food technology and a master's in food science at the Massachusetts Institute of Technology.

Navia then returned to Cuba, where he taught at the Universidad Católica de Santo Tomás de Villanueva in Havana. There he led a large-scale effort to identify the nutritional value of the plant-based foods that made up the diet of most Cubans. The work earned a San Esteban Conde de Cañongo Award from the Cuban Academy of Sciences. In 1959, Fidel Castro took over the school, closed its doors, and persecuted many of the students and faculty. Navia and his family fled Cuba, leaving all their possessions behind. They arrived in the United States on July 4, 1961.

Navia returned to MIT and completed a Ph.D. in nutritional biochemistry in 1965 while also working as an associate professor. He joined the faculty at the UAB School of Dentistry in 1968. During his career at UAB, Navia published more than 150 papers, consulted for many major corporations, and published a book, Animal Models in Dental Research, proposing standards for the humane use of animals in dental research. He held numerous academic positions over the next twenty-five years including Director of the Nutrition and Oral Health Training Programs, Senior Scientist at the Institute of Dental Research, and Professor in the departments of Oral Biology, Comparative Medicine, Nutrition Sciences, and Public Health Sciences. He was the director of the John J. Sparkman Center for Global Health from 1979 to 1993, and later became dean of the School of Public Health.

Navia worked with faculty at UAB and other universities to establish training programs in Public Health at universities in developing countries, most notably Colombia, Jamaica, Peru, and Thailand. He was recipient of the Senior International Fogarty Fellowship Award in 1979; the H. Trendly Dean, IADR and UAB Distinguished Faculty Lecturer awards in 1990, the UAB President's Medal in 1992, and the Hispanic Dental Association's Presidential Award for Leadership in 1995.

Navia was recognized as Fellow of the American Institute of Nutrition and presented with an Honorary doctoral degree from Chiang Mai University in Thailand. In 2007 he was given the Global Citizen Award in recognition of leadership and academic excellence in international health education.

After his retirement, Navia enrolled at Spring Hill College in Mobile and earned a masters degree in theology. He developed his thesis on the life of Father Felix Varela into a book, An Apostle for the Immigrants, that he published himself in the fall of 2002.

Navia died at his home in 2010. He and his wife, Josefina, had two sons, Juan and Carlos, and two daughters, Ana and Beatriz. The Juan M. Navia Endowed Scholarship at UAB and the Dr Juan M. Navia Council of the Knights of Columbus at St Peter the Apostle Catholic Church in Hoover are named in his honor.