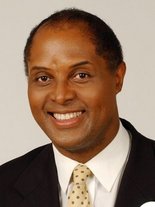 He was born to Jimmie and Ivory Dawson Walker, Sr in Smithfield. Mr Walker was one of the first to build a home in the Sugar Hill area that became known as Dynamite Hill during the KKK's campaign of terror to enforce segregation. He also fought discriminatory pay practices at ACIPCO. His mother, Mrs. Walker defied Jim Crow laws and was active in pushing for street improvements in their community.

Afrika attended A. H. Parker High School, Selma Lutheran Academy, then graduated from High Point High School, Maryland, in 1972, and from Birmingham-Southern College in 1985, and attended law school at Miles College in 1991. He is currently enrolled as a master's degree candidate at Samford University

His chosen name, adopted in 1985, means "quiet warrior" in Kikuyu, the language of the Kinutu tribe of modern Kenya. After his wife died in 1994, Afrika raised his daughter, Uche himself, taking on extra jobs to be able to enroll her in private school and college. He makes his income from rental property and real estate investments.

As a community activist, Afrika has helped get Smithfield listed as a Historic District (1985-87) and as an Enterprise Zone (1994). He served on Bernard Kincaid's transition team in 2001. He has proposed municipal amendments aimed at curbing vandalism, filed lawsuits seeking to preserve public ownership of the Birmingham Water Works and to expose the long-term effects of the proposed MAPS tax. During a demonstration against the County Commission in 2001 he arrived at the Courthouse steps carrying a rifle, but left when informed that it was illegal to have a firearm in a public demonstration.

That same year, Afrika filed an "Amicus Curiae" amendment in the criminal trial of Bobby Frank Cherry, accused of murder in the 1963 bombing of 16th Street Baptist Church. The amendment convinced the court to have Cherry evaluated by the State to determine his mental ability to stand trial.

In 2008 Afrika asked the Birmingham City Council to create a parental responsibility ordinance and enact a ban on saggy pants worn below the waist, calling the fashion "filthy, thug, dehumanizing, degenerative behavior." Both matters were referred to the Council's public safety committee. (Stock - 2008)

He has been a member of the College Hills Voters League, the Jefferson County Citizens Coalition, Alpha Phi Alpha Fraternity Inc., the Alabama Solar Energy Coalition, and the Birmingham Pledge group. He is a founding member and president of the Five Points North/Smithfield Merchants Association.

Afrika ran unsuccessful campaigns for the Birmingham City Council in District 5 in 1989 and 1997.

Afrika was a 2006 Democratic candidate for the seat being vacated by George Perdue in the Alabama House of Representatives District 54. In his campaign, he supported stronger vocational and technical education in schools, a new constitutional convention, funding for police, mandatory auto inspections, alternative fuels and public transit, home rule for cities over 100,000, limits on capital punishment, tougher laws against drug suppliers, taxes and fines for businesses hiring illegal aliens, and the use of lottery revenues to fund education and alternative energy research.

After his defeat in the June 6 primary, Afrika endorsed Patricia Todd over Gaynell Hendricks. Todd was eventually certified as the winner of the seat. He suppported Patrick Cooper's campaign for the 2007 Birmingham mayoral election.

In 2008, Afrika put his name on the ballot for the special election to fill Larry Langford's unexpired term on the Jefferson County Commission. His platform included preserving and enhancing services at Cooper Green Mercy Hospital and finding ways to use technology to save county funds. He suggested charging extra fees to illegal immigrants who use the county hospital. He also pledged to donate 3/4 of his commission salary to local causes.

In 2010 Afrika was one of 14 candidates to qualify for a special election to fill the Jefferson County Commission District 1 seat left vacant when William Bell was sworn in as Mayor of Birmingham. A year later, he ran against Bell in the 2011 Birmingham mayoral election, finishing third with less than 4% of the vote. Afterword he said that he would no longer run for public office.

Despite that pledge, Afrika did challenge Bell again in the 2013 Birmingham municipal election. In his campaign he promised to tear down houses and remove blight in outlying neighborhoods; to eliminate costly lawsuits; and to restore fiscal conservatism and reduce corporate influence in City Hall.