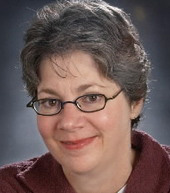 Kathryn Devan Kemp (born c. 1955 in Birmingham; died November 9, 2010) was an award-winning journalist and author, best known in Birmingham for her columns for the Birmingham Post-Herald and the Birmingham News. She is the author of three books published by Crane Hill Publishers and has contributed to People and The New York Times.

Kemp was the daughter of Louie Devan and Drucilla Kirkwood Kemp of 16th Way Southwest. She attended Lee Elementary School and graduated from West End High School. During school she interned under Jo Ellen O'Hara at the Birmingham News. She went on to study journalism at UAB and English at the Southern Connecticut State College in New Haven. She worked as a feature writer for the New Haven Register in Connecticut for four years before returning to Birmingham in 1981 to work at the Post-Herald. She moved over to the News as a feature writer and columnist in 1998.

Kemp won an Associated Press Newswriting Sweepstakes Award for a series of features about the Ku Klux Klan. The Scripps Howard News Service named her "Writer of the Year" three times and inducted her into its Editorial Hall of Fame. She also received the 2006 "Story of the Year" award and the 2009 prize for feature writing from the Alabama Press Association.

Kemp was diagnosed with advanced breast cancer in 2002. She died in 2010 and was survived by a companion, Kay Argo, as well as her mother and brother. She is interred at Elmwood Cemetery.