From Bhamwiki
(Redirected from Kell Osbourne)
Jump to: navigation, search 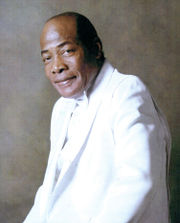 Kell Osborne (born March 12, 1939 in Birmingham; died January 29, 2012) was a soul singer best known as an original member of The Cavaliers, the nucleus of the later and better-known group The Temptations.

Osborne's step-father raised Kell to become a minister, but the boy was more interested in singing. He befriended fellow Western Olin High School students Eddie Kendrick, Paul Williams and Willie Waller and together they formed a doo-wop group they called The Cavaliers in 1955. Osborne, the eldest, was the leader of the group.

The Cavaliers found appreciative audiences in Birmingham, but no path to real success. After Waller moved away the remaining Cavaliers, at Osborne's suggestion, made the decision to seek out greener pastures. Osborne finished school and took a job at a hardware store to save money. The three of them headed to Cincinnati, Ohio in 1958, but found the doors to King Studios locked when they arrived. They hopped back onto another bus to Cleveland where they sought out Waller, staying with his family for weeks and working at the Majestic Hotel as dishwashers and bellhops in order to be allowed to take the stage of the Rose Room in the evenings. The local press dubbed them "The Dishwashing Trio".

Eventually they met manager Milton Jenkins who soon brought them to Detroit, Michigan and restyled them as The Primes, expanding their reportoire with pop hits, buying them matching suits, and putting them up in his apartment. They were successful in the Motor City and even tutored an all-girl "sister group" called The Primettes, which later performed as The Supremes. Despite endless rehearsals and modest success in the club circuit, the Primes didn't land a big recording contract. Osborne wrote to Western-Olin principal P. D. Jackson and booked the band for a blow-out concert in their former high school auditorium in the fall of 1959. After that performance, Osborne decided to leave the group and move to Los Angeles, California.

Kendrick and Williams returned to Detroit and joined with members of another group to become the Temptations.

In California, Osborne signed with Lester Sill and Lee Hazlewood's Trey label and made a series of recordings produced by Phil Spector which got picked up for distribution on Atlantic Records. He later recorded with Class Records before signing a five-year contract with Capitol Records in 1963. That deal was scuttled, however, when Osborne was drafted the same year. He worked with fellow soldier Billy Revis to record a couple of tracks during his service, then kept the relationship going after his discharge in 1965. Revis kept Osborne busy working clubs with various other acts and released a couple of Osborne's older recordings on Rayco records (on which Kell was credited as "Ozzie Osborne").

Finally Osborne landed another major label deal with Warner Brothers' Loma label. He cut two original songs with them in late 1965, but left the label when no follow-up was scheduled. He cut a few more tracks with Highland and Mercury while continuing to perform at clubs all over the west. He was booked through Hollywood International Talents to tour as a leader of the "World Famous Drifters" in 1995. Afterward he set music aside to take a job as a bus driver.