From Bhamwiki
(Redirected from Linn's Folly)
Jump to: navigation, search 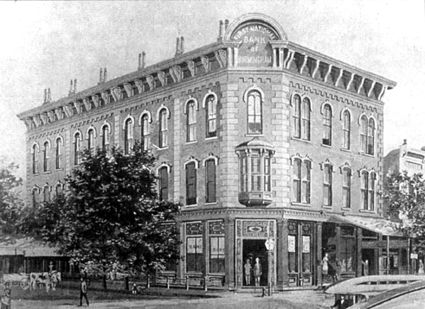 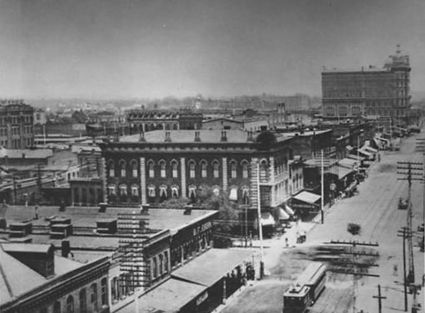 The original National Bank of Birmingham building, commonly called Linn's Folly, was a three-story brick building constructed in 1872 and 1873 on a $400 lot on the northeast corner of 1st Avenue North and 20th Street for Charles Linn's National Bank of Birmingham. It was the first multi-story commercial building to be built in Birmingham and also housed a large ballroom called Linn Hall.

Masons for the work were brought in from Louisville, Kentucky. Because the $36,000 structure was erected in the midst of a national economic depression, when the prospects for the new city of Birmingham were anything but sure, the building earned the nickname "Linn's Folly".

Undaunted, Linn completed the building and organized a lavish "Calico Ball" to celebrate its opening on December 31, 1873. The event is marked as a turning point in the fortunes of Birmingham. Later nicknames for the structure, which was a landmark at the city's commercial center, included Linn's Wisdom or Linn's Fame.

The building houses the offices of the Commercial Club of Birmingham in the early 1900s, and was the place to which sculptor Giuseppe Moretti was directed when no one met him at the Union Depot upon his arrival on February 18, 1904.