From Bhamwiki
(Redirected from Little Theater)
Jump to: navigation, search 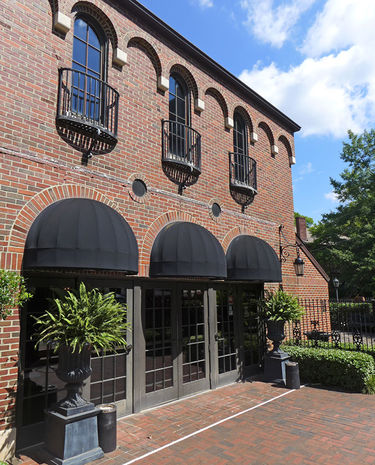 Exterior of the Virginia Samford Theatre in 2014 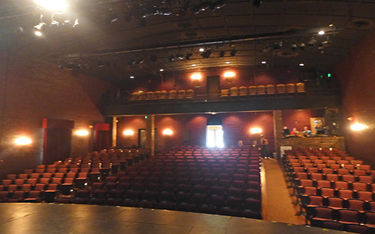 Interior of the Virginia Samford Theatre in 2014

The Virginia Samford Theatre is a neighborhood theater located at 1116 26th Street South at Caldwell Park in the Highland Park neighborhood of Birmingham.

The Birmingham Little Theater troupe began performing under the direction of Bernhard Szold in 1923 at the Margaret Allen School on Highland Avenue. Within a few years it was successful enough to construct its own dedicated playhouse.

The building was constructed in 1927 as the Little Theatre and by 1940 was recognized as "one of the ten leading Little Theatres in the nation" by the New York Times. Shortly thereafter the pressures of World War II forced the theater to close. The building was sold out of foreclosure to the Mormon Church in 1943.

In 1954 Augusta Noland purchased the theater building and donated it to the University of Alabama Birmingham Extension Center for their fledgling Town & Gown Theater company. Mrs Noland was the daughter of Louis Clark, one of the founders of the theater in 1927. It was re-named the Clark Memorial Theatre in his memory.

UAB announced plans to sell the theater in 1999. It was purchased by the Metropolitan Arts Council and dubbed the Metropolitan Arts Center to reflect its use as the council's offices, which they share with smaller arts groups as an "arts incubator". A large portion of the funding that enabled the purchase was provided by Virginia Samford Donovan and the theater auditorium was again renamed in her honor. A campaign to raise $3 million for renovations and an operations endowment was launched in 2003.

Included in the renovations was new rehearsal space, an area for receptions, and a "black box" theater room, dubbed the Martha Moore Sykes Studio, which opened in August 2006 with a cabaret performance by Four for Time. Another renovation in 2015 expanded the lobby with a bar area and updated mechanical systems.

The theater also hosts special performances and offers regular acting classes. The MAC offers its board room for catered dinners prior to selected shows.