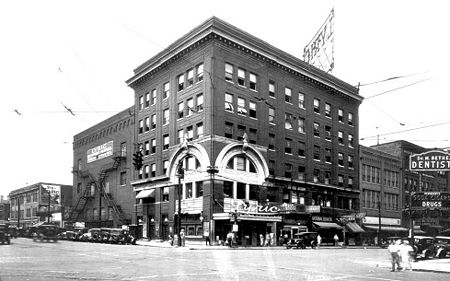 The Lyric Building under construction in 1912

The Lyric Building is a 6-story office building constructed in 1914. The Lyric Theatre occupied a major portion of the building, and it's lobby takes up the ground-floor corner entrance at 1800 3rd Avenue North on the corner of 18th Street.

The office building continued to operate after the theater closed in 1958. It was sold Birmingham Landmarks, saviors of the Alabama Theatre, for $10 in 1993. Early efforts to restore the theater, in tandem with redevelopment of the office building as an arts center, were not realized.

An extensive project to preserve and renovate the theater was completed in 2016. Some of the ground floor spaces were incorporated into the redesign to accommodate accessible restrooms and reception areas. Notably the longstanding Lyric Hot Dogs restaurant lost its lease in December 2013.