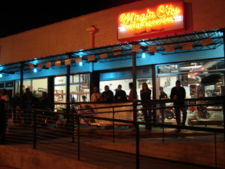 It was owned by Matthew Myers and initially operated out of his garage for a few years before moving to the Acme Building at 1305 2nd Avenue North. The showroom opened unofficially in December 2007 with a grand opening on January 26, 2008. Myers closed the shop downtown at the end of 2012 and moved the dealerships to Max Motorsports in Pelham in early 2013.