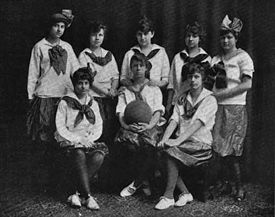 The Margaret Allen School (originally the Misses Allen School) was a girls' preparatory academy founded in 1884 and operating at 2144 Highland Avenue from 1906 to 1934. The school was operated by Willie, Beff, and Ruth Allen, three unmarried sisters. Its classical curriculum included Latin literature and musical performance. Intramural basketball teams and drama productions began in 1912.

In 1923 the school's auditorium was used as the first playhouse for the Birmingham Little Theater. Notable graduates include artist Eleanor Bridges.

Papers relating to the operation of the school are deposited at the Birmingham Public Library Archives.