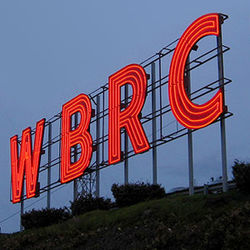 McBride Sign Company was a manufacturer and installer of custom neon signs. It was founded in 1940 by Ross McBride and Jimmy Daniel, and passed to their sons, Ron McBride and Wes Daniel in 1979. Daniel bought McBride's share of the business in 1986. The company went bankrupt in 2002.

In 1964 the company was located at 29 2nd Avenue North in Smithfield. By the 1980s McBride Sign Co. was headquartered in North Birmingham with branches in Knoxville and Chattanooga, Tennessee. It operated a fleet of 15 service trucks, and its earnings peaked at $6 million in revenue in 1998. Rene Pastor, who learned to blow neon tubes while working on the Riverchase Galleria installation, left the company in 1992 to found Magic City Wholesale Neon. Mickey Hayes and Lynn Tolbert left McBride in 1994 to found Pro-Signs Inc.. When a larger group of fabricators from the Knoxville branch left in 1999 to join a competitor, it damaged the company's business, eventually leading to bankruptcy liquidation. The last day for the firm's 14 remaining employees was December 6, 2002. Daniel went on to work as a manufacturer's representative.