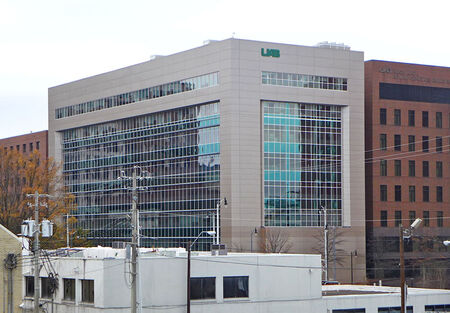 The building was constructed in 1983 on the former site of the Public Health Building. It is adjacent to the Tinsley Harrison Tower and was designed by Adams, Peacher, Keeton, Cosby of Atlanta, Georgia and built by Brice Building Company.

The building was renamed for former UAB president Charles A. "Scotty" McCallum on December 12, 1996 in honor of his service to UAB.

Beginning with the upper floors in 2020, the building underwent a $78 million modernization, including replacing smaller laboratory spaces with open-plan labs and replacing the expanse of red brick on the 20th Street and University Boulevard facades with glass curtain walls and gray metal panels. The project is anticipated to be completed in 2024.