From Bhamwiki
(Redirected from McWane Inc)
Jump to: navigation, search

McWane, Inc., based in Birmingham, is a leading manufacturer of cast iron pipe, water works and plumbing products. It is one of America’s largest privately-owned companies and employs nearly 6,000 people in facilities across the United States and in Australia, Canada and China. The company's headquarters office is located at 1143 Vanderbilt Road.

The company was founded in 1921 by James McWane, who built a cast-iron pipe foundry in North Birmingham. He also articulated the company's commitment to employee welfare, called "The McWane Way": "The industry that maintains an army of workers without regard to their working and living conditions, their health, recreations, religious and social life cannot succeed in the largest sense." The company is still owned by the McWane family. The current president is Ruffner Page, Jr, while Phillip McWane serves as chairman of the board. The company's operating revenues are estimated to be somewhere between $1.75 and $2 billion a year.

McWane Inc. has grown by diversification and acquisition. In 1926 it founded the Pacific States Cast Iron Pipe Company. In 1962 it acquired the Empire Coke Company. In the 1970s to 1990s it acquired numerous business units in the US and overseas, including the Trussville-based Amerex Corporation. In 2005, after seeing its efforts to lobby for an import quota on Chinese-mae waterworks fittings, McWane opened a plant in the Hebei Province. 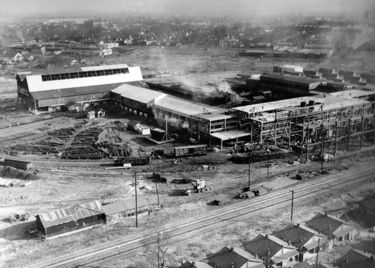 McWane Inc. has been criticised for its unsafe practices cited by number of media articles. In 2003 PBS' Frontline partnered with The New York Times and the Canadian Broadcasting Corporation on a multi-part report entitled "A Dangerous Business". The report accuses McWane of systematically neglecting minimum safety and environmental safeguards in its plants. Between 1995 and 2003 the company was cited for more than 400 violations of health and safety standards enforced by the Occupational Safety and Health Administration (OSHA). Over the same period 4,600 injuries were reported in the company's facilities.

In 2005 McWane Inc. was convicted of 20 felonies and fined $8 million for polluting Avondale Creek. At that time, Chairman Phillip McWane pledged to overhaul the company's practices. Those convictions were overturned on appeal, with one count dismissed. The company did indeed begin a $300 million investment in projects to improve environmental and safety conditions in and around its plants.

The planned retrial was canceled when McWane agreed to plead guilty and pay $4 million in fines, including funding the completion of Greenwood Park, a project of the Village Creek Greenways Initiative.

Since the first court decision, McWane has invested heavily in plant upgrades and environmental programs.

In recent years the company has upgraded many of its facilities to meet federal safety standards. In 2005 the company's Union Foundry in Anniston was honored by the Calhoun County Chamber of Commerce for outstanding community involvement and safety. The foundry achieved 1 million hours with no lost-time accidents.