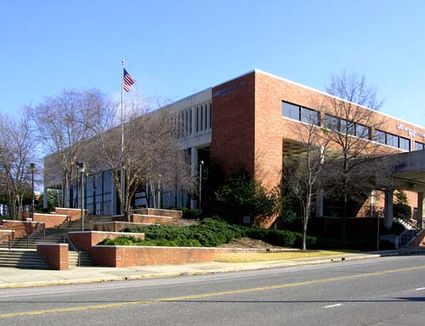 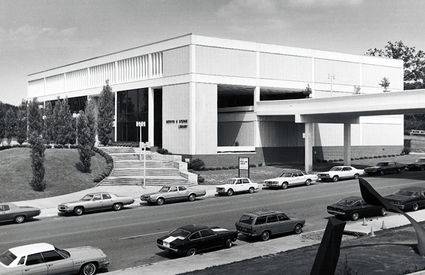 The Mervyn H. Sterne Library is the academic library for the University of Alabama at Birmingham. The collection of over 1 million items has been housed since 1973 at 917 13th Street South in the heart of the UAB campus.

The library was established as the University College Library, an extension of the library at the University of Alabama to support non-medical programs of the newly-designated Birmingham university in 1966. The 10,000 volumes in the collection were housed in Tidwell Hall under the care of history professor Virginia Van der Veer Hamilton. In 1967 librarian Perry Cannon took over supervision. As the university gained autonomy in 1969, Cannon led the change from Dewey Decimal to Library of Congress classification.

In August 1970 Paul Spence became the new library director and worked to foster closer communications with the university's academic departments. The library was moved to the Mortimer Jordan Armory Building, quickly filling 7,000 square feet on an upper floor. Acquisitions and cataloging were housed separately, in the Ullman Building.

In 1971 a 20,000 square-foot area in the newly-completed University College Building No. 1 was designated for library use. However, by 1972 the growing collection of over 200,000 items had already filled that space.

A new Library Building, designed by John M. Fuller to house 230,000 volumes, was completed in May 1973. John Henley III of the Birmingham Publishing Company donated the Henley Room, furnished by designer Angi Grooms Proctor. On October 23, 1974 the new library was rededicated in the memory of civic leader and UAB supporter Mervyn Sterne.

The library began offering computerized searches for reference databases in 1976 and added online acquisition and circulation systems by 1980. Beginning in 1983 these functions were handled by a Prime 9950 super-mini computer, replaced by a newer microcomputer in 1986.

In 1985 Jerry Stephens took over as director and Spence stepped aside to focus on collection development. He spearheaded the purchase of the library from Ladycliff College which operated in Highland Falls, New York from 1933 to 1983.

In 1987, after years of fund-raising, a 105,000 square foot addition was built. It was designed by the St Louis office of Hellmuth, Obata and Kassabaum and built by Doster Construction. Both old and new areas were given an interior renovation and a re-cladding in red brick to match other campus buildings.

The library's card catalog was replaced by an online catalog in 1988. In 1993 the library management system was upgraded and named "SCOTTY" for Scotty McCallum. The library's website debuted in 1996, and its first blog, written by reference librarian Jonathan Harwell, debuted in 2004.

After 2015 13,000 square feet on the second floor of the Mervyn H. Sterne Library was renovated into office and classroom spaces for the INTO UAB Center.

In 2021, with support from Adobe Inc., the library established a "LibLab" to promote digital media literacy.