This article is about attorney and Jefferson County judge. For other uses, see Mitchell Porter (disambiguation). 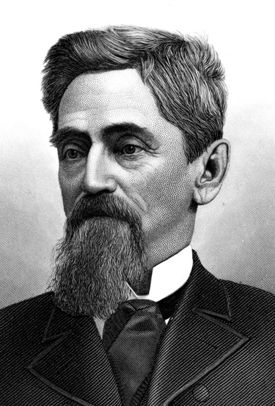 Porter was the son of Mitchell A. Porter, a physician, and his wife Mary Wade Porter. When the elder Mitchell died a few months after the birth of his son, Mary moved to Elyton to join her father's household. Porter attended the Elyton schools and enrolled at the East Tennessee University in Knoxville, graduating in 1848 and continuing to read law under Judge William Mudd. He was admitted to the bar in 1850 and partnered with Alburto Martin.

On March 9, 1853 Porter married J. Catherine Martin, daughter of John and Sarah Martin. They had nine children, one of which, Mitchell Alburto Porter, became his law partner in 1881.

At the beginning of the Civil War Porter organized Company C of the 20th Alabama Infantry, assigned to the Tennessee Army. He saw service on Mobile, East Tennessee and Kentucky before joining the siege of Vicksburg under General Kirby Smith. While still with his command at Dalton, Georgia his neighbors elected him to the Alabama State Senate. He was discharged for medical reasons in the Spring of 1864 and returned home as a Lieutenant Colonel. He resumed his partnership with Martin and moved to Birmingham in 1881.

In 1884 Governor Edward O'Neal appointed him to fill the unexpired term of John Morrow as Jefferson County Probate Judge. He was re-elected twice to six-year terms, serving a total of 14 years on the bench before retiring.