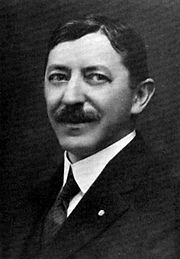 Morris Newfield (born January 31, 1869 in Homonna, Hungary; died May 7, 1940 in Birmingham) was a long-time rabbi at Temple Emanu-El in Birmingham and active in social work in the city.

Newfield was the son of Simon Sabbatai Neufeld and Lena Klein. He was educated at the Royal Gymnasium, Homanna and Budapest, Hungary; at the Theological College of the University of Budapest where he received his B.D. in 1889 and his M.A. in 1895. He also received his B.A. at the University of Cincinnati and was ordained simultaneously a rabbi at Hebrew Union College in 1895.

Newfield also received an honorary doctorate in letters from the University of Alabama in 1921, and a Doctor of Divinity, honorus causis, from Hebrew Union College in 1939.

Rabbi Newfield taught at Hebrew Union College even before his ordination. After his graduated, he took a pulpit at Temple Emanu-El in Birmingham, Alabama, where he stayed until his death in 1940. In 1914, he was also professor of Hebrew and Semitics at Howard College in Birmingham, Alabama. During World War I he served as an army chaplain. 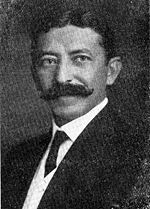 The rabbi was not only a leader of the Jewish community in Birmingham but also one of Alabama's most renowned citizens. In Birmingham, he founded the first free kindergarten, was on the board of the Court of Domestic Relations and Juvenile Delinquency from 1915-1932, was president of the Alabama Tuberculosis Association (1919-1921), chairman of the Home Service of the Jefferson County Chapter of the American Red Cross (1919-1936), and was one of the most active relief workers in the devestating Mississippi Valley floods of 1937.

Newfield worked very hard to improve relations between the Jewish and Christian communities in Alabama. Together with Presbyterian ministers and Catholic priests, Newfield developed countless interfaith forums to counteract the virus of the Klu Klux Klan Movement.

The rabbi from Birmingham also served as treasurer for the Central Conference of American Rabbis, was president from 1931-1933, served as a member of the Executive Board of the Union of American Hebrew Congregations from 1925-1940, and was also president of the Alumni Association of Hebrew Union College (1907-1908). Newfield was the author of The Book of Ecclesiastes (1895) and of numerous addresses and articles on Jewish subjects, literature, and philosophy.

Morris and Leah Ullman Newfield married in 1901 and had six children: Simon U., Emma U., Mayer U., Lena J., Lincoln, and John. Rabbi Newfield died May 7, 1940. His brother was Emil Neufeld of New York.