Letterhead of the Motlow Brothers Distillers

The Motlow Distilling Company was opened as the Motlow Brothers Distillers by Lemuel Motlow, John Franklin "Spoon" Motlow and Jesse B. Motlow at 1215 Avenue B in Birmingham in 1904 and was operated at various times under various names until Alabama enacted statewide prohibition in 1915. 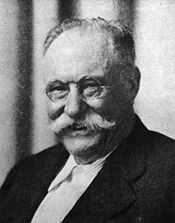 Lemuel Motlow and his brother Frank, called "Spoon", were nephews of Jack Daniel of Lincoln County, Tennessee. In early 1901 they visited Birmingham and made plans to invest in a distillery here. They approached the Farmer's Bank of Lynchburg, in which Daniel had a significant share, for a loan, but were denied. They quickly raised enough capital to buy out the Georgia-based partners in the bank and installed Lemuel as president and their younger brother, Thomas, still finishing his studies at Vanderbilt University, as cashier. Thomas was shown in Birmingham's 1902 city directory, with the profession of "distiller", boarding at 2212 3rd Avenue North. At the time the only distillery operating in the city was the Birmingham Distilling Company at 1300 7th Avenue North. 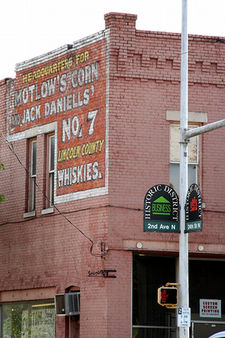 Spoon Motlow had improved the distilling process at the Jack Daniel plant and had shown his brothers his techniques. He had also operated a saloon in Gadsden since 1890, and had partnered in the opening of the Deep Springs Saloon in Huntsville in 1898. In 1903 he sold 1/3 of the business to Lemuel and another third to a W. S. Boyd, forming the Gadsden Distilling Company which began to distill Coosa County Corn Whisky with water from Standifer Springs. Etowah County enacted their own prohibition law in 1908, putting the Gadsden Distillery out of business.

Meanwhile, Jesse and Spoon were both shown as residents of Birmingham in the 1904 city directory, sharing a house at 906 14th Avenue South with their wives, Alice and Bessie. Their offices were on the corner of 12th Street and Avenue B, with the distillery occupying lots 1215-25 toward 13th Street, opposite the Birmingham Rolling Mills. The company advertised sale of wines and liquors with a specialty in "Fine Old Lincoln County" whisky.

By 1905 the name of the company had changed to the Motlow Distilling Company and J. F. Motlow was president. His brother had returned to Lynchburg. At that time, the company letterhead advertised East Lake Corn Whisky, Jefferson Co. Rye Whisky as well as the famed Tennessee Lincoln County Whisky.

In the 1907 City Directory, the Motlow Distilling Company remained at the same address, but was classified as a saloon, while the Birmingham Distilling Company held the lone entry under the heading of "Distilleries". John F. was no longer shown as an officer of the company, and a Thomas B. Motlow of Lynchburg was listed as co-owner. That business closed in the wake of Jefferson County's local prohibition, which went into effect on January 1, 1908. 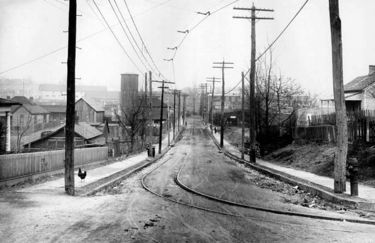 The Motlow Distillery is the silo-shaped structure to the left adjoining the Tidewater Line through Pratt City according to the caption of this photograph from the William H. Brantley Collection at Samford University Library

After Jefferson County's prohibition law was repealed in 1911, the company returned to business as the Jack Daniel Distilling Company, owned by Lem Motlow. Lemuel took over the entire operation after Daniel died that October. The Birmingham distillery produced the famous "No. 7 Lincoln County Whisky" from Birmingham during the period that Tennessee had enacted statewide prohibition. The plant also produced Lem's corn whisky, and perhaps his famed peach brandy as well. In the 1915 City Directory, there was also a Jack Daniel Distributing Company, with the same owner, located at 2431 2nd Avenue North.

Around the time the family also opened another distillery in St Louis, Missouri, which took over for the Birmingham plant when Alabama's statewide prohibition law took effect in 1915. National prohibition forced the company out of business entirely in 1918. Motlow eventually re-opened his uncle's old Lynchburg distillery, where the company has been able to produce, but not sell, its liquor ever since.

A painted advertisement for "Motlow's Corn and Jack Daniells' No. 7 Lincoln County Whiskies" can still be seen on the corner of 2nd Avenue North and 24th Street, near their former distribution warehouse.