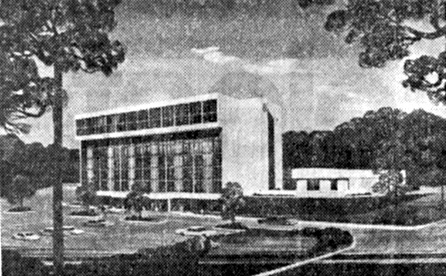 The Mountain Brook Inn (originally the Sheraton Mountain Brook Inn) was a luxury hotel located at 2800 U.S. Highway 280 from September 1974 to 2003. The 8-story, $3.5 million contemporary-style concrete building was was developed by Wallace Boothby, Jr of Patio Club of Birmingham for a partnership calling itself M. B. Hotel Ltd..

The Mountain Brook Inn had 164 guest rooms, including six two-level suites. The hotel boasted a 170-seat New Orleans-style "Terrace Dining Room" and a 100-seat "Library Lounge", as well as six meeting and banquet rooms capable of hosting groups from 25 to 200.

The hotel severed its affiliation with Sheraton in 1985. The site, formerly in unincorporated Jefferson County, was annexed into Homewood in 1995. The hotel closed on February 2, 2003.

The building was demolished in late April 2008. The site remained vacant until a new Bricktop's restaurant was constructed in 2018. A new 6-floor Marriott Residence Inn and 6,300 square-foot retail building were proposed the following year by AUM Enterprises.