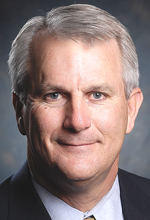 Neil Callaway (born November 15, 1955 in Macon, Georgia) was the head football coach for the UAB Blazers for the 2007 to 2011 seasons, the third coach in the program's history.

Callaway, a 1974 graduate of Central High School in Macon, played collegiately at the University of Alabama for legendary coach Paul "Bear" Bryant as a lineman and linebacker, graduating in 1978. He then coached on Pat Dye's staff at East Carolina University and the University of Wyoming before following Dye to Auburn University. In twelve years with Auburn, the team won a share of four Southeastern Conference titles and Callaway coached four All-Americans.

In 1993, Callaway became offensive coordinator at the University of Houston, where the team won a Conference USA title, before returning to his alma mater as offensive line coach in 1997 and coordinator from 1998 to 2000. In 2001, he joined Mark Richt's staff at the University of Georgia as line coach and coordinator, where the team won three SEC division titles and two conference championships in six years.

He left Georgia in December 2006 to take the UAB position, succeeding Watson Brown. In November 2011, after going 18-42 in his five seasons as the head coach, Callaway was fired by athletic director Brian Mackin.

Callaway is married and has three children.