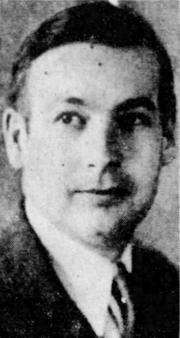 Brackin grew up on a farm, but left as a teenager to begin working at a chemical laboratory in Montgomery. From there he came to Birmingham as a chemist for the Tennessee Coal, Iron & Railroad Company. After two years, he began working in the jewelry business as a credit manager for Bromberg's.

After a stint with Wright, Kay & Co. in Detroit, Michigan, Brackin returned to Birmingham in 1923 to succeed F. M. Lynch as president of the Lynch Jewelry Co.. Soon he partnered with diamond broker Phil Tishman to reorganize the company as Brackin's. The new company signed a 30-year lease in the Gelder's Building, and held a grand opening on November 23. He expanded that business several times, with branch stores in Montgomery, Mobile, Gadsden and Tuscaloosa. He also owned the Ford Clothing Co..

Between 1938 and 1942 Brackin moved from the Ridgely Apartments downtown to a new Nelson Brackin residence at 1812 Woodcrest Road on Red Mountain. At the outbreak of World War II he erected an enormous flagpole and installed spotlights to illuminate the flag at night. In early 1942 baseless rumors spread that he was using the display to "signal enemy agents," and that he had been arrested for it. In 1943 Brackin, commissioned as a 1st Lieutenant, served as manager of the post exchange at Fort Snelling, Minnesota. Later he was sent to New Guinea and earned the Asiatic Pacific Ribbon and a Bronze Star for his service. He was discharged with the rank of Captain.

After returning to Birmingham, Brackin sold his jewelry store to Busch's Jewelers and continued to amass a significant real estate portfolio. He married the former Frauken Grohs, 25 years his junior, and had four children, building a larger residence at 2140 Warwick Drive, adjacent to his former one.

In 1949 Brackin appeared on a list of 24 names submitted to Judge Robert Wheeler by William Hugh Morris as a list of members of the Federated Ku Klux Klan. Brackin denied being a current member, saying that, "I have not been to any meeting nor paid any dues in the Ku Klux Klan in more than 20 years and have not regarded myself as a member for more than 20 years."

Brackin died in 1979 and was buried at Friendship Cemetery in Geneva.