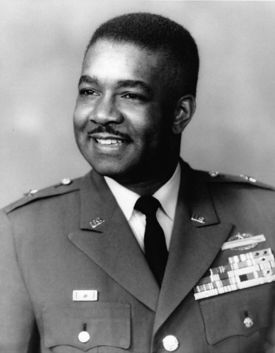 Oliver was the son of Stonewall Jackson Dillard, a teacher, and his wife, the former Josiephine Williams. He graduated as the valedictorian of his 1942 class at Fairfield Industrial High School and attended his father's alma mater, Tuskegee Institute, on scholarship, with the goal of becoming a business teacher. He joined the newly-created Reserve Officers' Training Corps in his second year, won the outstanding ROTC student award in 1943 and 1944, and served as a student instructor.

Though he had won deferment in 1944 and was still enrolled in college, Dillard was drafted in 1945. He was sent to basic training at Fort McClellan in Anniston that June. Japan surrendered, ending World War II, in August, but Dillard was not discharged. Instead he was sent with a group of black replacement troops to Weißenburg in Bayern, a major magnet for displaced Germans in the aftermath of the nation's subdivision. Dillard served as a company clerk in the 349th Field Artillery Group and was promoted to Technical Sergeant during that deployment.

Dillard's application to Officer Candidate School was approved and he was transferred to Fort Benning, Georgia for Infantry OCS training in January 1947. Upon graduating with honors in July of that year he was commissioned a 2nd Lieutenant. He was assigned to the all-black 365th Infantry Regiment at Fort Dix, New Jersey. 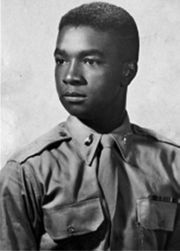 In June 1950 Dillard joined the 3rd Battalion, 24th Infantry, 25th Infantry Division stationed at Camp Gifu, Japan for service during the Korean War. His regiment was deployed north of Pusan and charged with delaying the advance of North Korean forces along the Naktong River valley. Dillard's platoon took the lead in capturing a major junction at Yecheon, an accomplishment that was considered the first notable American ground victory of the war. The unit then attempted to defend Pusan, but after several days of hard fighting was overwhelmed and fell back to the town of Masan, 30 miles away. Dillard was wounded on August 7 and received treatment in Japan for his wounds. Upon his recovery, he was recruited to serve as a Captain in military intelligence under Lieutenant Colonel Melvin Blair.

In September Dillard was involved in setting up defensive positions for the 3rd Battalion, 24th Infantry Regiment when enemy action disrupted Company L's position. He took a small group to reinforce the location and his heroic effectiveness was noted by assistant division commander Joseph Bradley in his Silver Star citation.

After active service in five campaigns, Dillard returned the United States to attend the Infantry Officers Advanced Course, graduating sixth in his class. From 1952 to 1954 he taught military science at the North Carolina Agricultural and Technical State University in Greensboro. In 1954 he was assigned to the 4th Infantry Division in Gelnhausen, Germany and placed in command of Company C, 1st Battalion, 12th Infantry Regiment. After several months, Colonel Kenneth Collins took away his command, and assigned him to serve as a Regimental Communications Officer. When the division was deactivated, Dillard was assigned as Chief of the Map Reading Committee for the 7th Army Noncommissioned Officer Academy in Munich.

Dillard then returned to the U.S. and graduated from the United States Army Command and General Staff College in 1958. He went on to earn his bachelor's degree in general education at the University of Omaha in Omaha, Nebraska in 1960 and was then assigned to the G3 Section, Headquarters 1st U.S. Army at Fort Jay, New York. He served as Operations and Plans Officer and as Exercise G3, with the rank of Major, for the "Iroquois Hatchet" and "Mohawk Arrow" exercises simulating enemy land and air invasions, staged at Camp Drum.

Dillard was assigned to serve as deputy Chief of Mission for the U.S. Military Mission to Monrovia, Liberia in December 1960 and later was promoted to Operations Officer, assisting the African nation with its military and intelligence planning and helping to prepare Liberian troops to participate in United Nations intervention in the Congo.

In 1963 Dillar was assigned to the Office of the Assistant Chief of Staff for Intelligence (ACSI) in the Pentagon as leader of the Foreign Intelligence Assistance Section, Special Warfare and Foreign Assistance Branch, and also as Chief of the Europe, Africa, and Middle East Section.

While in Washington, Dillard completed a master of science in international affairs at George Washington University in 1965 and he became the first African American to graduate from the National War College at Fort Lesley J. McNair that same year. He was assigned to serve as an Operations and Training Staff Officer at the Institute of Special Studies at Fort Belvoir, Virginia. In 1967, with the rank of Lieutenant Colonel, Dillard was placed in command of a battalion of the 5th Combat Support Training Brigade at Fort Dix.

Following his training at the Foreign Service Institute's Vietnam Training Center, Colonel Dillard reported to the U.S. Military Assistance Command, Vietnam (MAC-V) in Saigon as a Province Senior Advisor for the Kon Tum Province. He built a close relationship with South Korean Army Province Chief Nguyen Hop Doan and his civilian deputy, USAID employee Ken Lyvers. They collaborated in the organization of villages in the province to maintain food supplies and home defenses through the fighting.

In 1971 Dillard returned to Washington as Deputy Assistant Chief of Staff for Intelligence. He oversaw the relocation of the Army Intelligence Center to Fort Huachuca, Arizona and expanded the MI branch with tactical battalions in each Division and also supported development of the Guardrail aerial platform. In 1972 he was promoted to Brigadier General, the fifth African American to reach that rank in the U.S. Army, and the first to do so as an intelligence officer.

General Frederick Weyand requested Dillard's appointment to his Senior Staff as Deputy Assistant Chief of Staff, Civil Operations and Rural Development Support (CORDS) at MAC-V. Dillard worked with Weyand and U.S. Ambassador William Colby to draft plans and conduct operations across Vietnam. He served as the last Director of Intelligence for MAC-V, returning from duty on March 29, 1973.

Dillard was then assigned to serve as Deputy Chief of Staff, Intelligence (DCSINT) for the new U.S. Army Forces Command (FORSCOM) at Fort McPherson, Georgia, working on improvements in the army's development and use of intelligence within units. In 1974 Dillard was promoted to Assistant Division Commander for Maneuver, 2nd Armored Division at Fort Hood, Texas, preparing the unit for intelligence operations as part of Exercise Reforger, which simulated a rapid deployment to Germany in the event of a Warsaw Pact violation.

From 1975 to 1978, Major General Dillard served as DSCINT for the U.S. Army Europe and 7th Army in Heidelberg, Germany. He employed the Army Security Agency (ASA) and Army Intelligence and Security Command (INSCOM) in countering Soviet Cold War operations. In 1978 he returned to Fort Dix as Commanding General, U.S. Army Readiness Region II, retiring from his commission on February 1, 1980.

In retirement, Dillard continued to contribute to the Army as a public speaker, sharing his experiences as a pioneering black officer for the benefit of service members as well as for Pentagon efforts to recruit and retain African Americans in military service. He also addressed groups of South Korean military officers.

Dillard was a charter member of The Rocks, Inc., a majority-black professional military officers' organization. He also participated in efforts by the 24th Infantry Regiment Association to defend the unit's reputation against unfair characterizations in accounts of the Korean War. He provided narration for the 2006 documentary "Last of the Buffalo Soldiers," in which he enumerated the battlefield commendations awarded to the 24th Infantry Regiment.

General Dillard was married to the former Helen Stephens of Margaret and had four children: Oliver Jr, Stephen, Dennis and Diane. He died in June 2015 and was buried at Arlington National Cemetery.