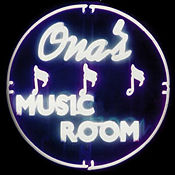 The club was opened in 1997 at 423 20th Street South in Birmingham and operated there until March 27, 2010. It reopened in its current location on February 2, 2011. The club is owned and operated by singer Ona Watson, who is a former member of the Commodores. He modeled the club's atmosphere on the Cane Break Supper Club operated by Bob Cain of the Cain Breakers in the 1970s.

Ona's hosts a range of acts, from blues to R&B or even country, but is best known as a jazz club, with regular performers such as Eric Essix, the Sonny Harris Trio featuring Karen Gruber, the Little Memphis Blues Orchestra, Ray Reach and Friends, Big Daddy’s New Band, and Mart Avant's Night Flight Big Band. Watson performs with his band, Champagne, about once or twice a month.

The 2,800 square-foot room at Pepper Place accommodates about 80-100 listeners at cafe tables, couches, and an L-shaped bar. Cathy Crenshaw recruited him to the former Winery at Pepper Place location in the Martin Biscuit Building, which her Sloss Real Estate owns and manages. Architect Justin Brown designed the remodeling work.