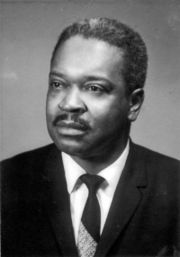 Billingsley was the one of three sons born to Orzell and Minnie Mae Billingsley. He graduated from Parker High School and Talladega College, then earned his law degree at Howard University in Washington, D. C. in 1950 He was one of the first African-Americans to be admitted to the Alabama State Bar and opened a practice in Birmingham. He married the former Geselda Hill on September 21, 1957. The couple had one daughter, Shaune.

During the Montgomery Bus Boycott of 1955, Billingsley served on the legal team for the Montgomery Improvement Association and Martin Luther King Jr. His successful appeal of the conviction of Caliph Washington, a teenager put on death row for killing a Lipscomb police officer, ended the practice of selecting all-white juries in Jefferson County.

He later became general counsel for the National Democratic Party of Alabama and served as a delegate to the 1968 Democratic National Convention. Over the next several years, Billingsley carried out a plan to organize majority African-American communities such as Roosevelt City into incorporated municipalities. He also served part-time as a municipal judge in Roosevelt City.

In 1969 he assisted Progressive Land Developers, Inc., a division of the Lost Found Nation of Islam with probate filings for their purchase of the Big Beaver Ranch and another farm, totaling nearly 1,000 acres, in St Clair County. Billingsley was charged with serving as an agent for a foreign company not licensed to do business in Alabama, but the case was dismissed by a federal appeals court panel. Billingsley's association with the Nation of Islam inspired his nickname, Zellie X.

Billingsley was a founding member of the Alabama Lawyers Association.

Billingsley died at Princeton Hospital after a long illness.